Russia has halted the sale of its rocket engines to the U.S. The development comes as part of the escalating war in Ukraine. While it is a major development, does it affect the U.S. space program? And if it does, how far do the effects go?

As the conflict escalates, Russia has been facing boycotts and sanctions from all around the world. However, the U.S. and Russia are on the verge of a cold war again. Dmitry Rogozin, head of the state space agency Roscosmos, said that Russia would halt the supply of its RD-180 rocket engines to America.

Rogozin appeared on Russian television, and here’s an excerpt from the announcement.

‘In a situation like this we can’t supply the United States with our world’s best rocket engines. Let them fly on something else, their broomsticks, I don’t know what,’

Propaganda is a tool that also blinds the one wielding it. It’s not a famous scholarly quote, but my understanding of this whole situation. Rogozin’s comments on the U.S. flying their broomsticks shows a lack of understanding and a ton of underlying ignorance.

While Russia claims to have delivered 122 rocket engines to the U.S., those are not the only engines taking America to space. RD-180 is the engine used in the Atlas V launch vehicle. However, the U.S. already tapped into Blue Origin in 2018 to develop engines to replace Russia’s RD-180 unit. They may not be ready yet, but they’re reportedly close to being finished.

Private players are the other big thing going around in the U.S. now. Companies like SpaceX, Rocket Labs, and Astra are coming up with cheaper, more sustainable ways to travel to space and back. So as far as flying broomsticks go, America has apparently developed some efficient ones for their space programs.

However, the concern here isn’t Russia stopping the supply of rocket engines to the U.S. It is Russia’s method of announcing the development. The head of Roscosmos went on Russian TV to announce this, which is part of larger propaganda. The Russian government wants to show its supporters inside Russia that the war is also taxing the rest of the world.

However, the west seems to have plunged into war without participating in the escalation. Russia is also facing trouble as a hacker-activist group linked to Anonymous claims to have hacked Roscosmos. So for all that matters, the Russia-Ukraine war has reached space. What remains to be seen is how far it will go before the issue is resolved. 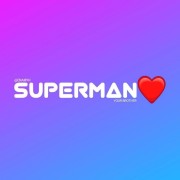 Twitter will be bought by Elon Musk for $44 billion